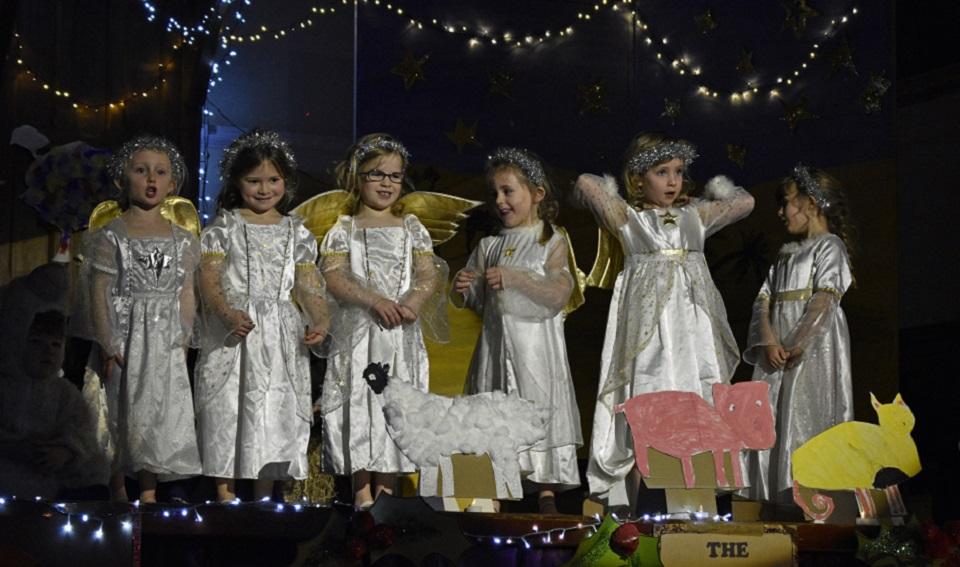 The Lower School (Years 1-3) put on three heartwarming performances of ‘The Inn Crowd’ at the end of the Autumn Term. Fellow pupils, children from local nurseries, as well as parents, families and friends were captivated by the animal characters – oxen, sheep, goats and a donkey – who told the familiar Nativity story alongside the more well-known characters of Mary, Joseph, the shepherds and the Wise Men.

Many congratulations to all the pupils involved, and thanks to Mrs Stewart, Mrs Shiells and the rest of the Lower School team for coordinating the production, designing the set, and ensuring that the production was such a great success.