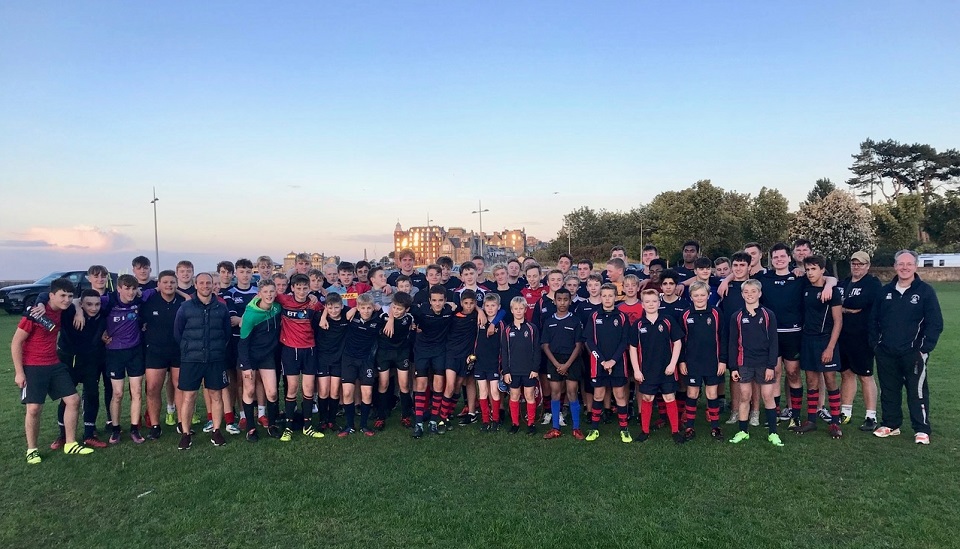 The St Leonards-Madras (SLM) Blues fixtures against Dunbar Grammar on Saturday, 1 September made for a strong start to the conference season, with the U13, U14, U16 and U18 boys welcoming the visiting teams to Station Park.

A good crowd was rewarded with a fantastic day of youth rugby, which saw the U18s secure a 27-14 victory. Some great running rugby and support play overcame the Dunbar defence.

The SLM Blues U18 side secured another win away against North Berwick in their second match of the Grandis Conference. The boys were victorious against a strong opposition, securing a 45-12 win.

The U13s welcomed North Berwick to St Andrews, and with confidence building after the previous week's great win against Dunbar, they secured a 45-42 win against a very strong visiting side.

Next it was a tough away game for the U18 boys in their first Schools Cup match, with one of the Blues players stepping up to make up numbers for the Monifieth High/Carnoustie side. Congratulations to the Blues on a comfortable 45-12 win!