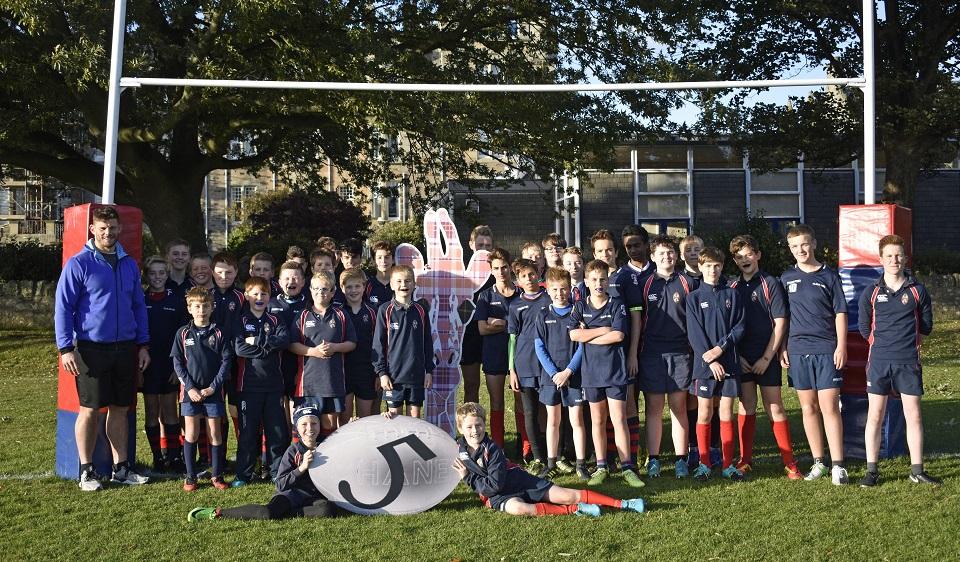 The SLM Blues quads were joined by Scotland rugby star Ross Ford on Tuesday, 2 October, for a special coaching session at St Leonards.

The Scotland hooker, who has played in three World Cups and is Scotland’s most-capped player, dropped in to share professional tips and techniques with junior and senior St Leonards-Madras teams.

The coaching session, generously donated by a St Leonards family, helped to raise money for the My Name’5 Doddie Foundation, which is named after Scottish former rugby union player Doddie Weir, and raises funds to aid with research into Motor Neurone Disease.

Scottish rugby internationalist Andrew Turnbull, who coaches the St Leonards-Madras Blues squads, said: “We were very excited to be able to welcome Ross Ford to St Leonards earlier this month for a dedicated coaching session with the SLM Blues.

“The boys thoroughly enjoyed the opportunity to meet and learn from a professional Scotland player, and our thanks goes to the Brown family for helping to make this happen.”