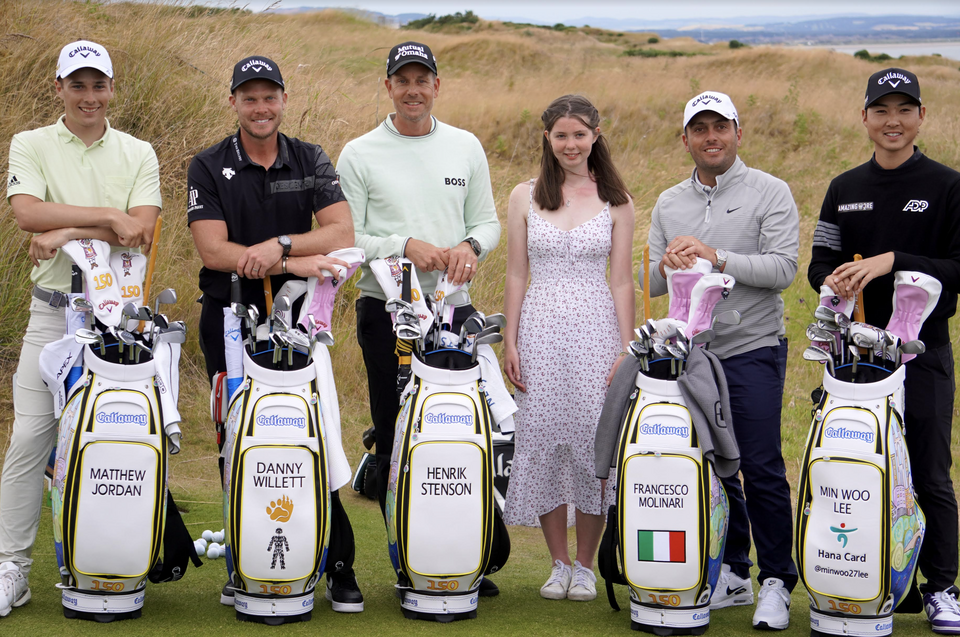 A St Leonards School pupil has been afforded the creative opportunity of a lifetime, after being announced as the winner of an innovative competition by Callaway and the St Andrews Links Trust to design the tour bag to be carried by golf pros at the 150th Open Championship.

Iona Turner was announced as the winner of the competition, which featured over 65 pupil submissions from both Madras College and St Leonards, at a launch event at the Castle Course, St Andrews, on Monday, 11 July.

Her design, entitled ‘Nessie’s Round to Play’, was previously revealed as one of the top ten student designs featuring in The Big Bag Trail around St Andrews, and was selected by a panel of Callaway Staff Professionals and senior executives both from the Callaway headquarters in California and the St Andrews Links, in response to the brief ‘tell us what St Andrews means to you’.

“I wanted the design to be full to the brim of all the things I love about St Andrews, and about Scotland,” explained Iona, who is hoping to study either Art or Medicine after completing her International Baccalaureate (IB) Diploma at St Leonards next year.

From Iona’s original sketches, the limited edition 150th Open Championship tour bag has been brought to life and will be seen on television screens around the world as it is carried by the Callaway Staff Professionals playing in the historic major, including 2016 Masters winner Danny Willett, Francesco Molinari, winner of the 2018 Open Championship, 2016 Open Champion Henrik Stenson, and winner of the 2021 Abrdn Scottish Open, Min Woo Lee.

Iona, who is going into her final year of the Sixth Form at St Leonards,  said: “When I got the call to tell me I had won it was incredibly exciting - I was very shocked. I have loved working with the Callaway team and found the design process in California very exciting. Having the people in charge so excited by my imagination and design has been fantastic. It has given me a huge boost in confidence that I could entertain a future in design.

“I am incredibly grateful that I decided to submit an entry and feel honoured to have my design made into the Callaway tour bag for the 150th Open Championship. It really feels like a once-in-a-lifetime experience and I am looking forward to seeing my bag in action in St Andrews this week.”

Hers was one of five designs by St Leonards pupils to be selected to feature in the sculpture trail around the town in the lead-up to the Open, alongside submissions from (L-R below) Faith Mackenzie Page, Andrei Moklokov, Lixi Chen and Lily Driscoll, and five pupils from Madras College. 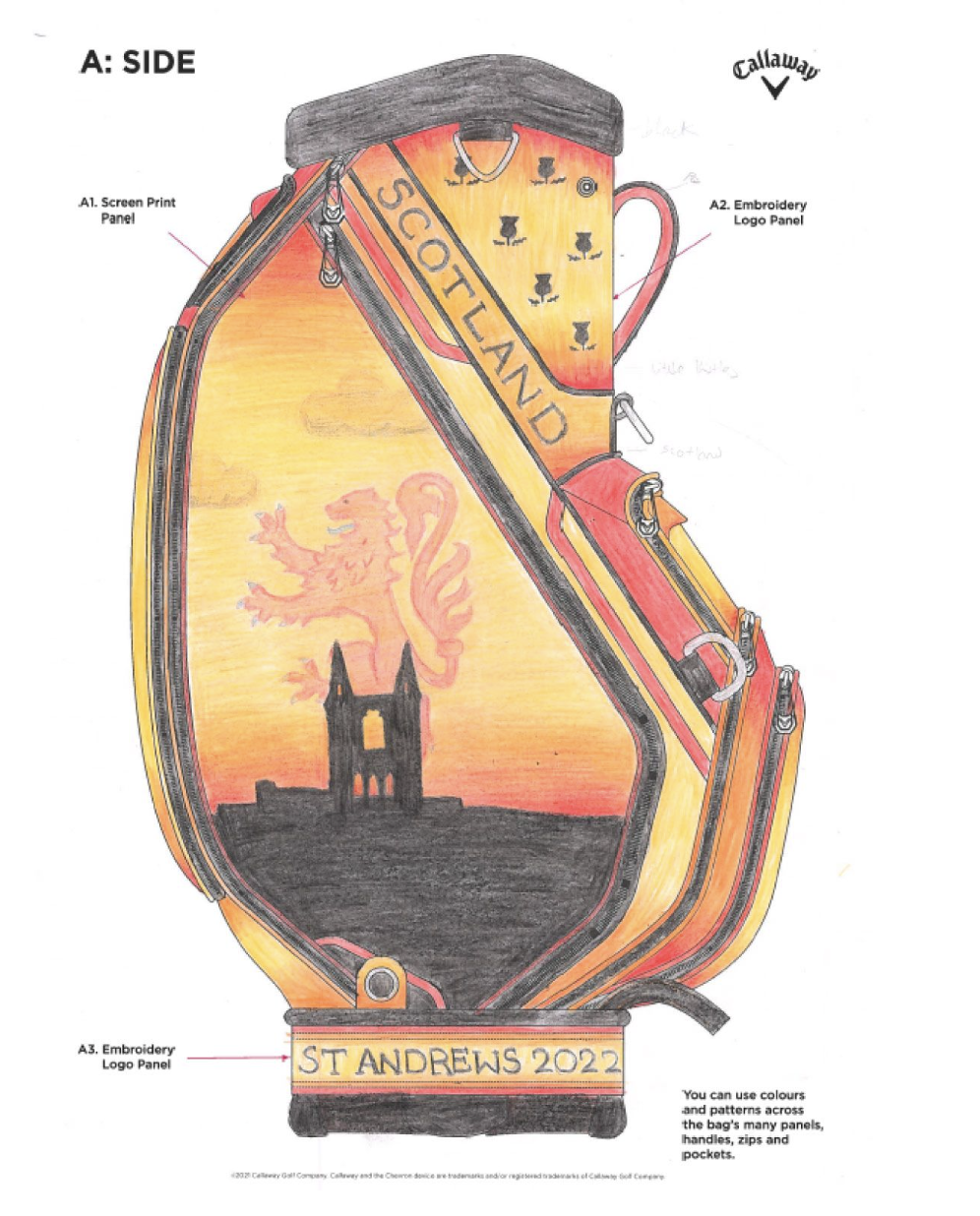 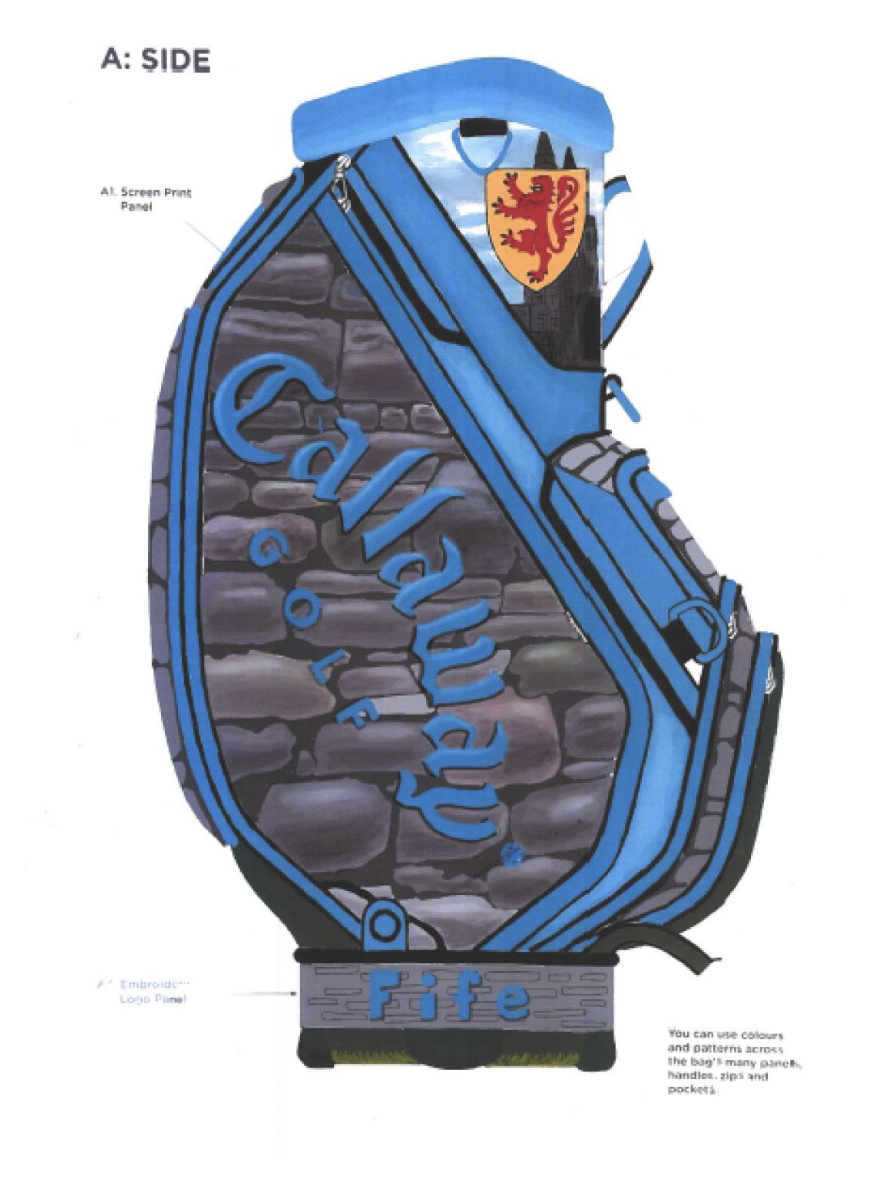 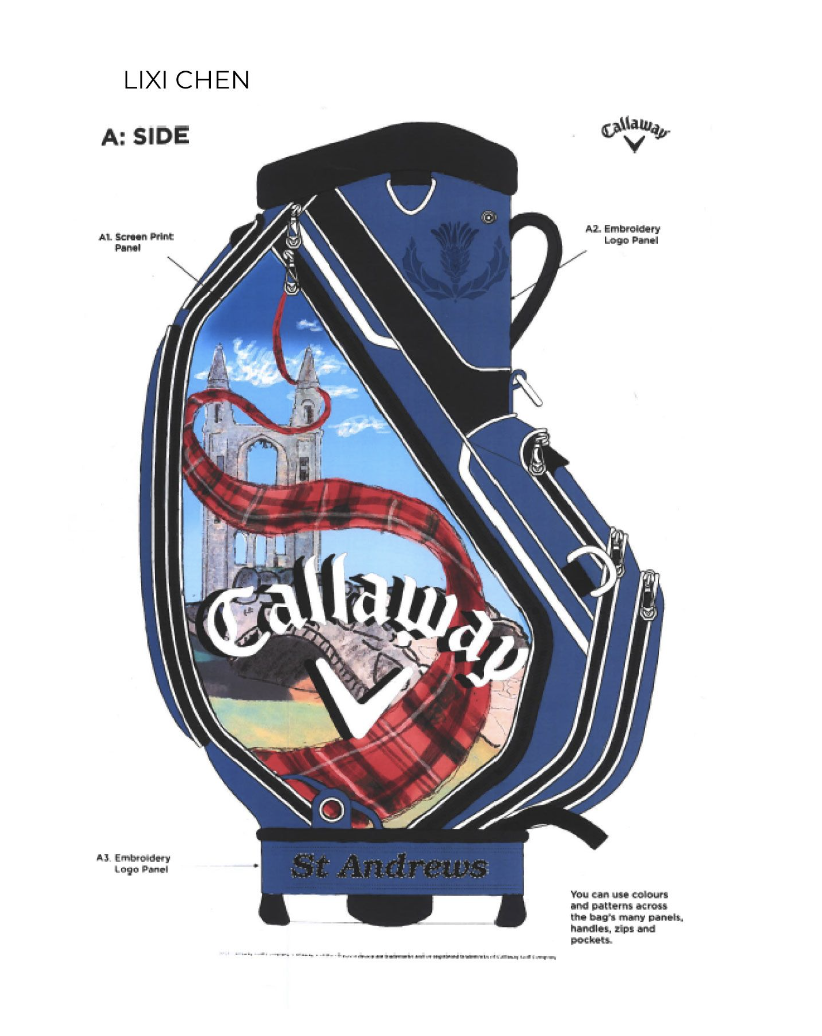 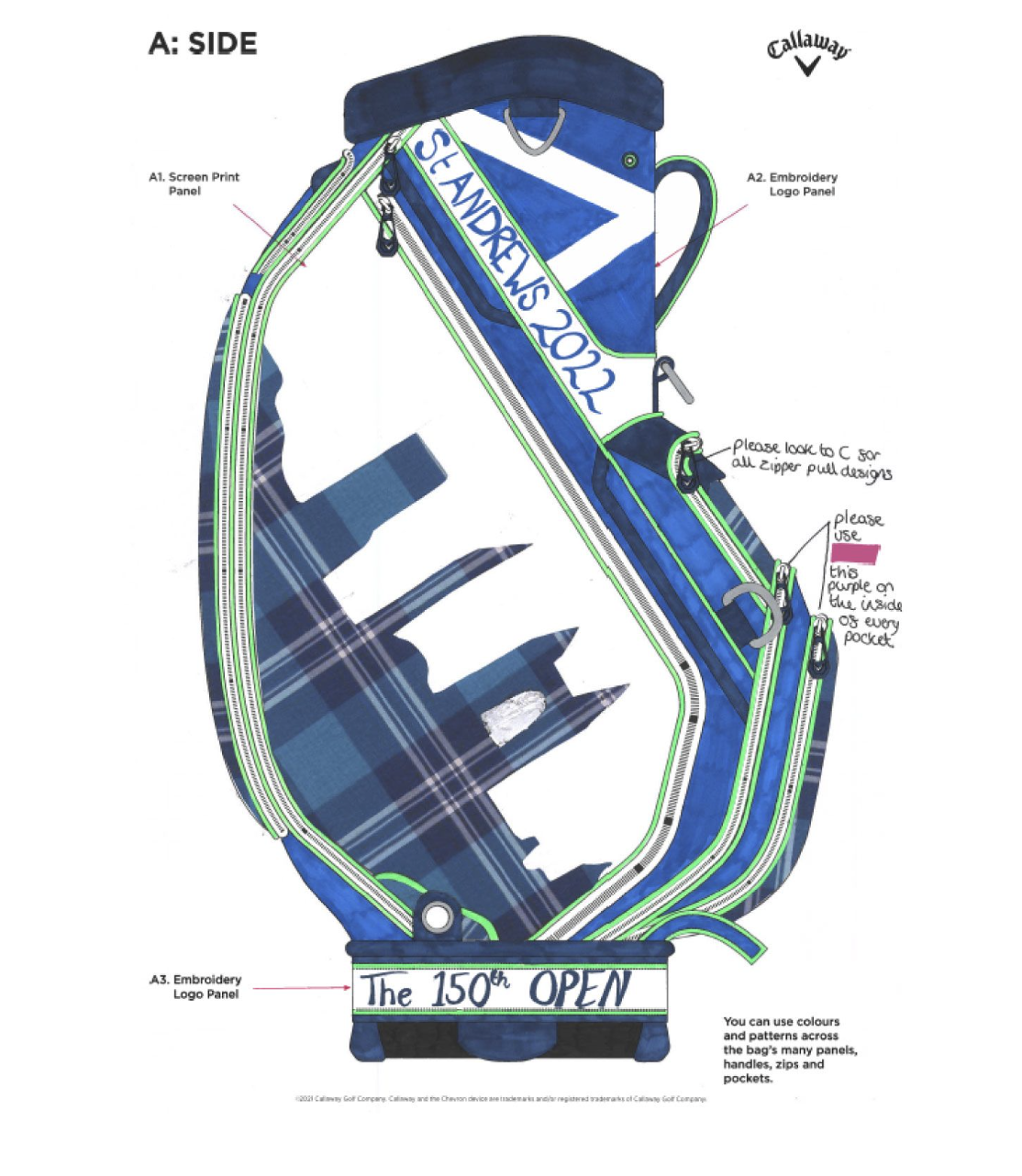 All ten sculptures, including Iona’s winning design, will be auctioned off on Tuesday, 19 July to raise funds for CHAS (Children’s Hospices Across Scotland) and Scottish Sports Futures (Changing Lives Through Sport).

Head, Simon Brian, said: “This competition - and indeed The Big Bag Trail - has been a fantastic opportunity for our young people to channel their creativity, and to connect with both the local and global communities as part of a major sporting event. Our thanks to Callaway and the St Andrews Links for providing this opportunity.

“I am incredibly proud of Iona’s success, and to see her design, inspired by the home town that she loves, will make for a completely unique and very exciting experience.”