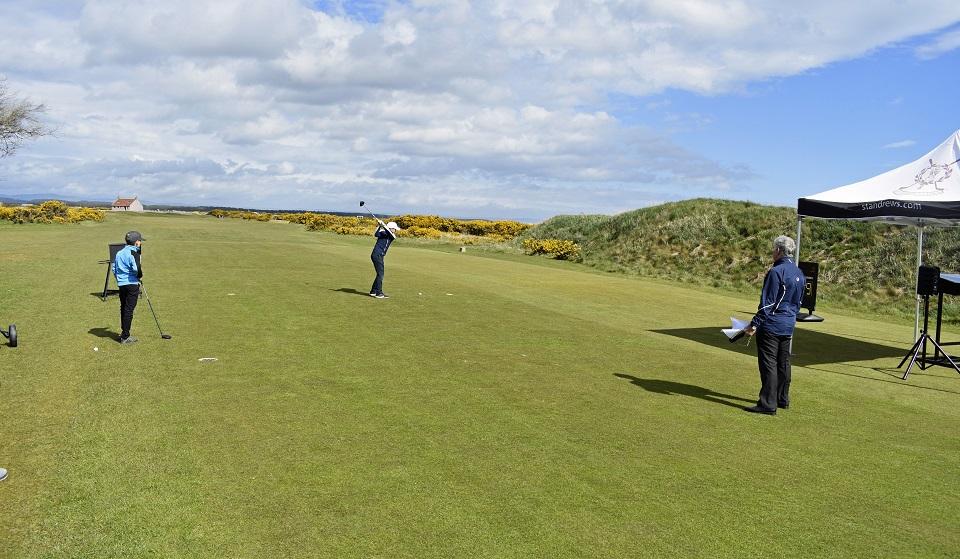 The Sir Michael Bonallack U9, U11 and U14 Golf Championships were played across the Balgove, Eden and Strathtyrum courses in St Andrews on Friday, 26 April, attracting a record number of entrants from schools across Scotland, as well as some from further afield, including Malaysia and the Czech Republic.

More than 175 golfers teed off across the three courses on a bright spring day, with the rain holding off until the very end of the competition.

Prizes were presented in The Champion’s Room at the St Andrews Links Golf Academy, where we were joined by Sir Michael Bonallack himself, the five-times English Amateur champion. Sir Michael started off proceedings with a speech, inspiring our young golfers to continue developing their game, before presenting awards.

There were winners from a range of schools, including St Leonards, and special congratulations goes to Verity Swift (Year 5), who won the U9 girls’ competition.

The event was organised in partnership with St Andrews Links – special thanks to our Director of Golf, Fintan Bonner, Director of Sport, Mark Baxter, and Links Instructor Blair Cross for making the day such an outstanding success.

Senior School students enrolled on the St Leonards Golf Programme did a brilliant job volunteering on the courses, accompanying the groups and running the additional activities on the day, which included a mini competition for the ‘longest putt’.

We look forward to welcoming players in the older age categories to St Andrews for the Tom Morris Golf Championships during Autumn Term.