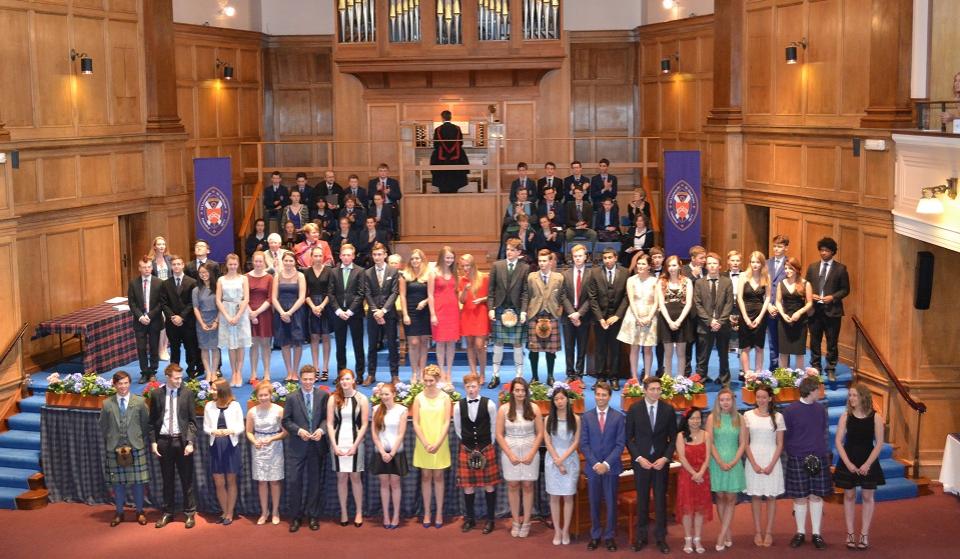 Last week, the first Scottish Universities IB Conference, attended by some of the best Universities in Scotland and beyond, has been held at St Leonards School.

The prestigious event, a day of information-sharing and best practices when considering university applicants, coincides with the school's 10th anniversary of the International Baccalaureate Diploma being offered.  The conference was attended by admissions directors from institutions including Kings College, London and the Universities of Edinburgh, Glasgow, St Andrews, Dundee, Aberdeen, Heriot Watt and University of the West of Scotland.  Representatives from other Scottish IB schools were also present.

Speakers included the Head of Undergraduate Admissions at Kings College, London, who shared the admissions procedures within Kings College and how they interpret the qualification. This was followed by discussions about general university perceptions of the IB, the merits of a ‘typical’ IB student and the importance of predicted grades for university applications.

Dr Michael Carslaw, Headmaster, was delighted to host the event and commented: “As we mark the 10th anniversary of the IB at St Leonards, we viewed it as a fitting time to share information with universities and other IB schools here in Scotland.  The take-up of the IB is very much on the up throughout Scotland and the UK as a whole.  The conference enabled us to strengthen our relationship with universities, and share best practice with other IB schools.

“We are noticing how universities are becoming increasingly informed about the breadth and depth of the IB Diploma and the quality of IB students.  Many universities in England, such as Oxford, KCL, Birmingham, Leeds, are bringing down the points needed for IB because they recognise its merits and value IB students, and we already have evidence that many admissions staff in Scottish universities are doing so too.”

Peter Fidczuk, UK Development and Recognition Manager, International Baccalaureate Organization who also attended the conference added, “As the IB continues to grow year on year in Scotland, the conference was a fantastic opportunity to talk about the IB programme, and what makes IB students stand out. This qualification is highly researched, grounded and of global significance and today was a chance to inform universities’ judgements when making offers to our students. The IB produces global citizens, pupils who can take academic risks and who are very much ready for what university will throw at them.  It’s therefore crucial that, as the IB grows in Scotland, we build strong relationships with its universities, and ensure their clear understanding of this important qualification.”

Nationally, the IB is growing by between 5-10% every year and globally 30% of IB students are in UK schools.  Research by the respected Higher Education Statistics Agency (HESA) finds that IB Diploma students have a 57% greater likelihood of attending a top 20 UK university than students who study A Levels and Scottish Highers.   The Agency’s report also reveals that IB students have greater prospects of gaining a First Class degree than students of similar ability and on average earn more than their counterparts.

We are very proud to confirm that 100% of our St Leonards school leavers who applied for university in 2015 gained a place, with 70% going to their first choice. The range and variety of offers was wide, from universities across Scotland, the UK and internationally.  A quarter (25%) of the 2015 class achieved the equivalent of straight As at Highers, and last year the school was recognised as the Top Independent Secondary School Sixth Form in Scotland (A-Level / IB) in The Sunday Times School Guide 2015.

Hear the voices of our St Leonards IB students, past and present by clicking here.