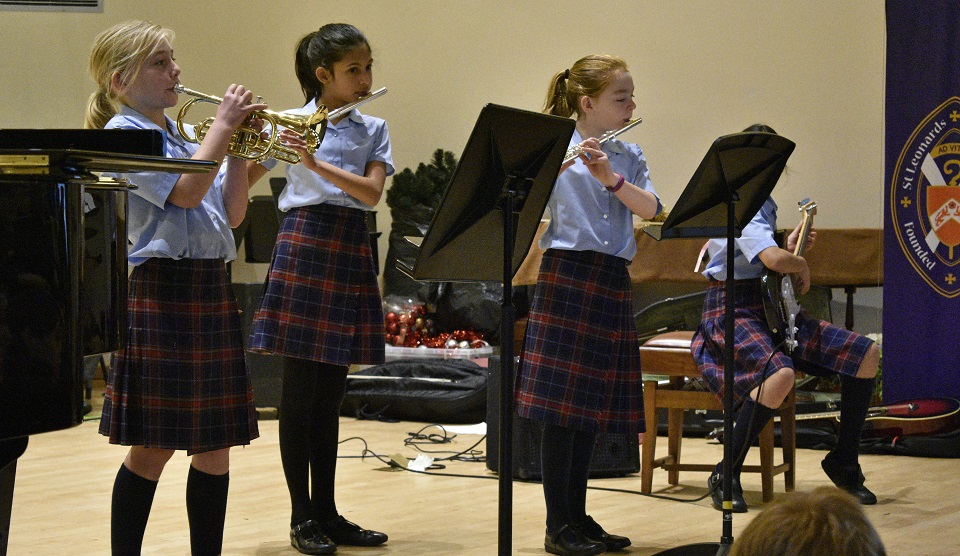 In our final Informal Concert of the term, the audience enjoyed a very impressive 28 performances from the boys and girls in Years 4-7, starting with the Junior School Orchestra playing the classic film soundtrack (with a superb St Andrews connection) from Chariots of Fire.

A series of spectacular soloists followed, including Jennifer singing 'I Feel Pretty', Tom playing Rondell on the violin, Isha's 'Soldiers' March' on the flute, and Brendan performing 'Presto' on the viola.

Eliza, Sophia, Jennifer and Maya had been practising a group number during break times, and treated the audience to 'Morning' on the cornet, guitar and flute, while Luke's brilliant rendition of 'All I Want for Christmas is You' brought a festive twist to the concert programme.

Last to take to the stage was the Boys' Choir, singing Funiculi, Funicula, bringing another wonderful Informal Concert to a close.

Well done to all who signed up and performed on the day!