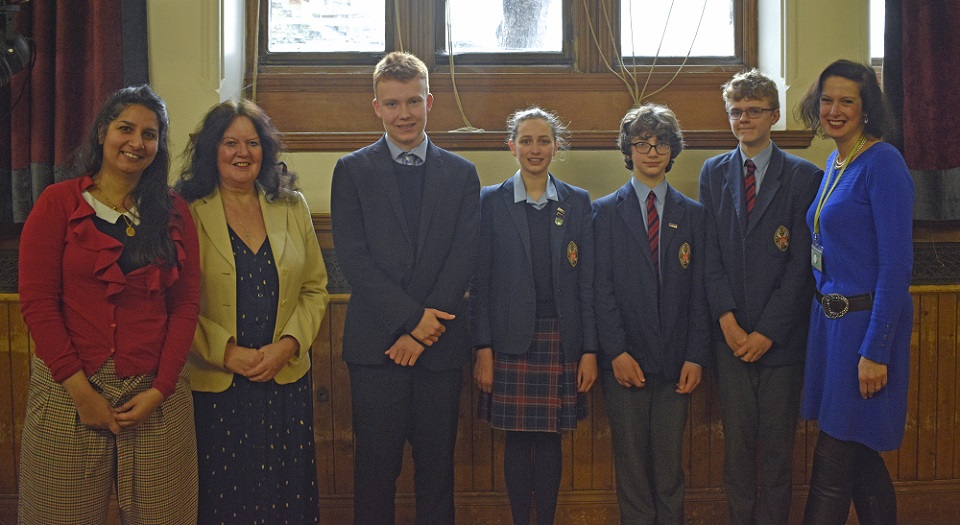 The winners of the Miss Leveson Plate and Bowl Creative Writing Competition were announced at a Senior School assembly this week, led by Mrs Denise Johnston and Mrs Vanessa Samuel.

This year, the competition was focused upon the theme Vision. There were two genre categories in the competition - poetry and prose fiction (short stories) - with entries welcomed from Year 8 up to Year 13. It was judged by Mr Ken Cockburn, a poet and translator based in Edinburgh.

Many congratulations to all the pupils who entered the competition, and especially to the following pupils who won their respective categories:

Zachary Sewell, 'They too my eyes away' (Year 8/9 Poetry Winner).

The overall winners were also announced: Sophie Clarke, in the prose category, and Zachary Sewell, in the poetry category. The Plate and Bowl will be presented at Prizegiving in June.