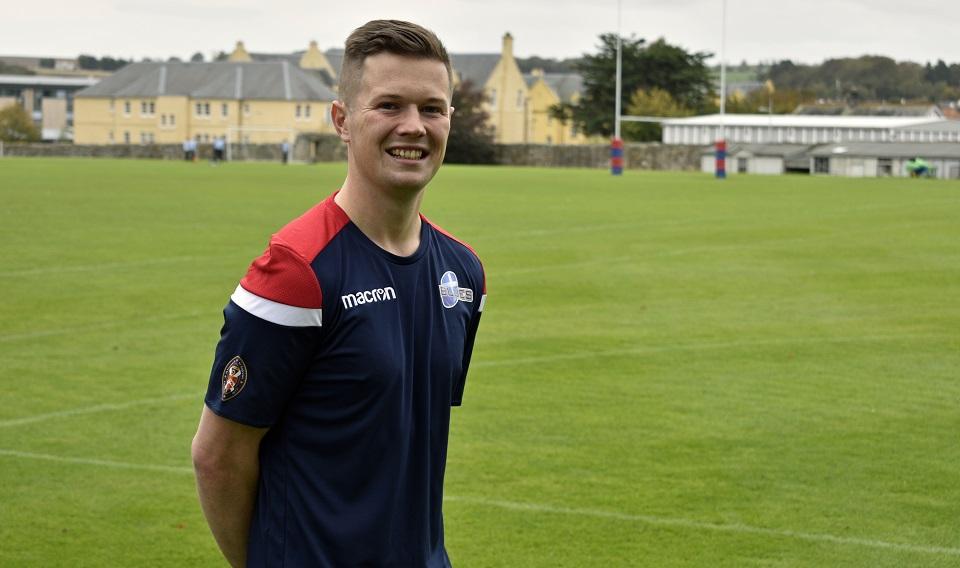 St Leonards School is delighted to announce the appointment of new North-East Fife Rugby Development Officer, Callum Parsons, who joined the team in September. This exciting new position is jointly funded by St Leonards, the University of St Andrews, the Scottish Rugby Union and Madras Rugby Club, with the aim of growing youth rugby in St Andrews

Further expanding on the success of the St Leonards-Madras Blues youth rugby partnership, which was founded in 2017, Callum’s role will involve actively promoting the ethos of Scottish Rugby, creating a resource across North-East Fife to facilitate, deliver and support the development and sustainability of rugby programmes within local schools, the university and club environments.

Prior to being appointed to the post, Callum, who is originally from Kirkcaldy, completed a BSC (Hons) in Sports Development and Coaching at Abertay University, and worked with both the Strathmore Community Trust in Forfar, making rugby inclusive and accessible to adults and children with autism and other disabilities, and Glasgow Life. In his role with Glasgow Life, Callum worked in conjunction with housing associations and community groups to encourage young people in the Parkhead area of the city to get involved in rugby.

His previous experience also includes over seven years as a volunteer coach with Kirkcaldy Rugby Wee Blues and captaining the Abertay University team in their 2018 Scottish Cup winning season. He continues to play with National 3 newcomers Strathmore Rugby Club.

Callum Parsons, North-East Fife Rugby Development Officer, said: "This role is a fantastic opportunity, and will allow me to further develop my coaching methods in a forward-thinking environment.

"I hope to bring enthusiasm and fun, reinvigorating rugby in local schools, encouraging children of all ages and abilities to develop their core skills and hopefully gain a passion for a sport that has so much to offer."

Since starting in this new role, Callum has taken over as head coach of the St Leonards-Madras U15 rugby squad, based at Station Park in St Andrews, and plans to work with local primary and secondary schools, including Madras College, where he will launch a lunchtime rugby club to make the sport more accessible to both boys and girls.

Already, he has been actively involved in planning and running the October St Andrews Rugby Camp, which he hopes will become a regular feature of school calendars in and around the town.

He added: “It really is a privilege to be appointed to this role, and I am grateful to have the opportunity to be part of a great team that aims to raise participation levels and the standard of rugby in the St Andrews area."