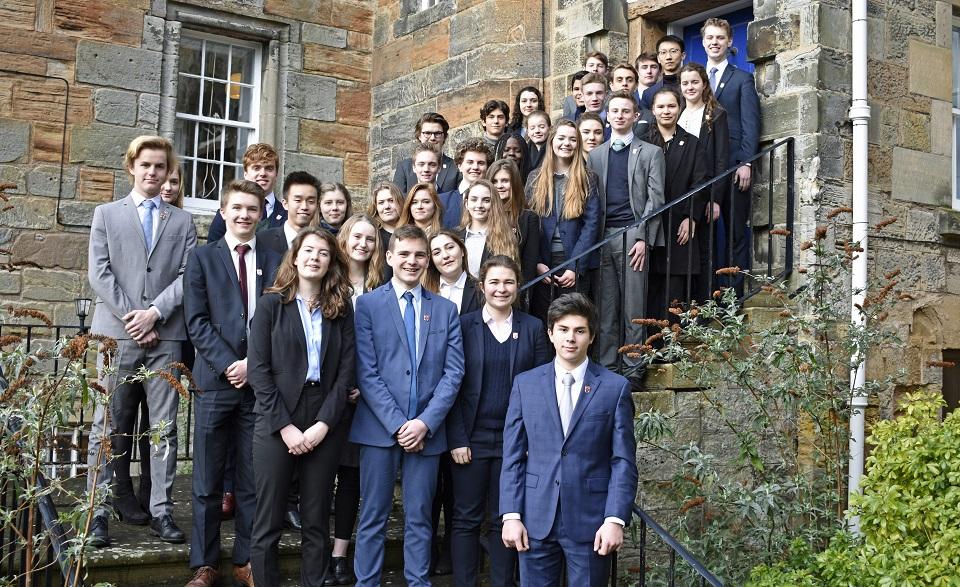 There was an air of excitement at Assembly on Tuesday morning as pupils in the Senior School and Sixth Form awaited the announcement of the new St Leonards Prefects and Senior Prefects.

With our Year 13 students now preparing for their IB exams in May, the baton was passed to a new set of Prefects, who are ready to take on the tasks and responsibilities that are part and parcel of these leadership roles.

Headmaster, Dr Michael Carslaw, said: 'I am delighted to announce the appointment of the new prefect body, including the new Head Boy and Head Girl. The Prefects have an important role to play and I look forward to working with them over the coming year.'