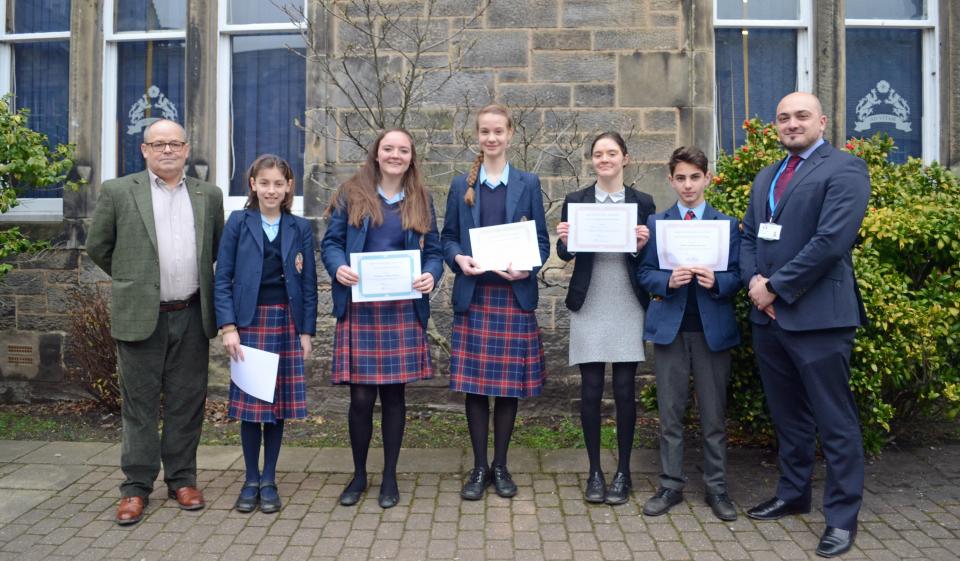 It was great to welcome former St Leonards English teacher and now bestselling author Mr Kitson back to school on Thursday, 15 March to adjudicate at this year’s Leveson Assembly.

The Leveson Bowl was gifted to the school by Miss Leveson in the Spring Term of 1913, and was first awarded in that term to the day girls. The silver, Burmese challenge cup was intended to recognise excellence in work and was historically awarded at the end of every term to the house, which had collected the highest exam marks. Over time, the Leveson Bowl has evolved to become a prize for creative writing, celebrating talent in both poetry and prose.

The theme of this year’s competition was ‘Change’ and the pupils were asked to submit not only their entry but a brief rationale explaining how their submission ties in with the theme.

The competition is divided into year groups, and it was Pablo Gomez Martin who won first place for best prose in the Year 8/9 category. Pablo read a strange and rather haunting piece called ‘In Your Dreams’, which is about a boy who keeps waking up and finding he has changed family.

Faith Mackenzie Page's simple and beautiful poem secured her the top position for best poetry in the Year 8/9 group. Mr Kitson commented on the way in which the rhythm of words ‘create a lilting, gentle feeling’, highlighting also the ‘strong and vivid’ imagery. In Year 10/11, Johanna Woitke was the winner of best prose, with Frankie Livesey-Stephens winning best poetry for ‘With the Tide’. Bea Livesey-Stephens won best prose in the Year 12/13 age group for ‘The Milkshake Facist’, a clever, comic story.

This year, the overall winner in the prose category was Johanna Woitke for ‘A Different Sky’, and Faith Mackenzie Page was crowned the overall poetry champion for ‘Melting Away’. Congratulations to the winners across all the categories, and special mention to Johanna for reading her powerful entry in Senior School Assembly!