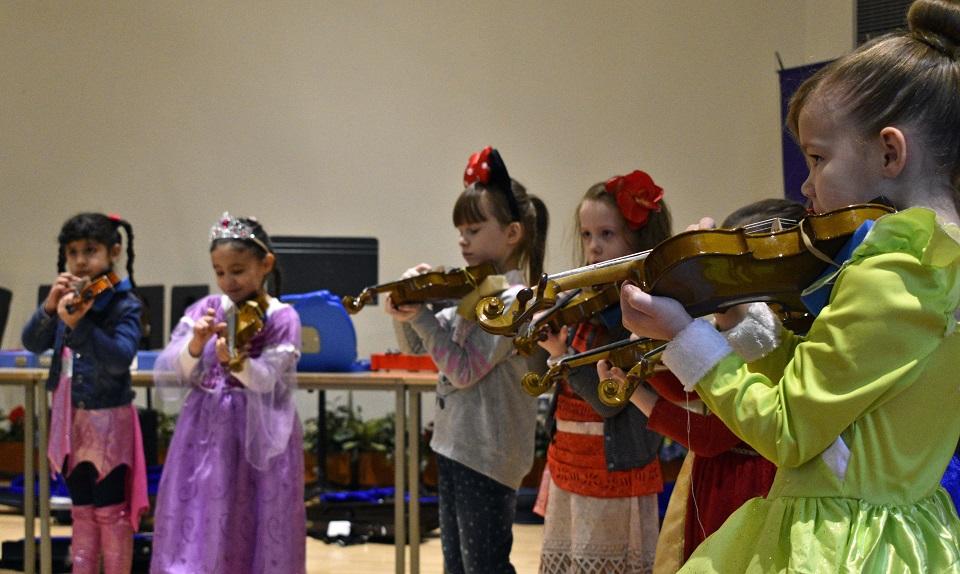 Last Thursday morning saw performers in Years 4-7 take to the stage for the first Informal Concert of 2018. The Guitar Club kicked off the concert in style, with the trio playing ‘Skyfall’ from James Bond, before a series of soloists showed off their skills on the piano, violin, cello, flute and snare drum.  Shelagh and Rachel’s duet from the Disney film ‘Moana’ gave everyone a taste of the treats in store at Friday’s Disney-themed Inter-House Singing Competition!

For the final piece of the morning, the Boys’ Choir took us back to the Swinging Sixties with a fantastic rendition of the 1967 hit ‘With A Little Help from My Friends’ by The Beatles.

Years 1-3 entertained parents, staff and fellow students at their Informal Concert on Friday morning (with some of the boys and girls already in Disney costumes ready for the competition later in the day!). Hearing the Year 2 violinists perform two pieces after just five weeks of lessons was particularly impressive!

Well done to all our wonderful young musicians!