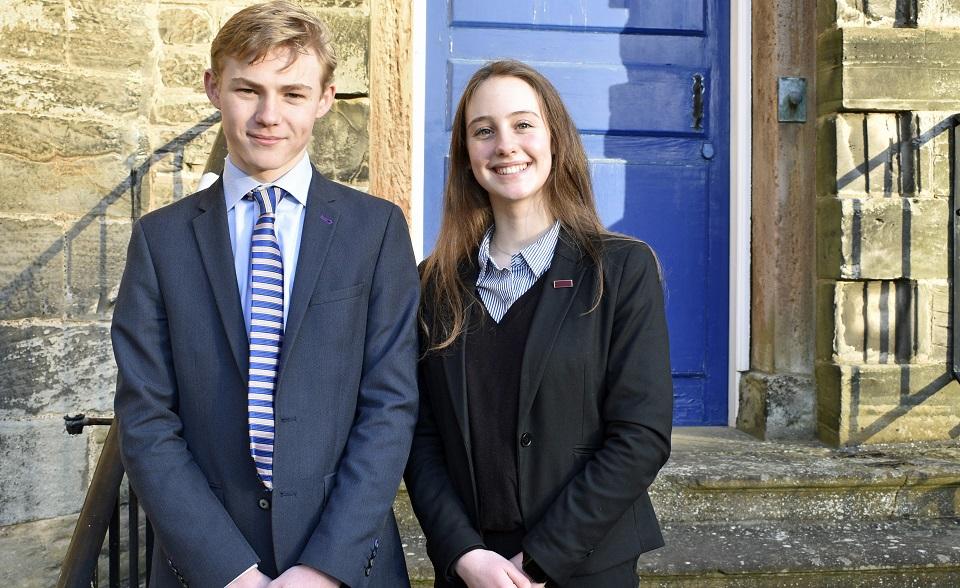 As our Year 13 students approach their IB Diploma exams, the baton passes to our new Year 12 Office Bearers, with the 2019/20 Prefects and Senior Prefects announced during a special Assembly on Tuesday, 5 February.

Amongst the new Prefects are two sets of twins – Georgie and James Robertson, and Kathryn and Peter Matthews – which is made all the more special by the fact that all four of them share the same birthday!

Headmaster, Dr Michael Carslaw, said: 'The Prefects have an important role to play in school life at St Leonards, and I am delighted to announce the new Office Bearers, including the new Head Boy and Head Girl. I look forward to working with the new team over the coming year.'