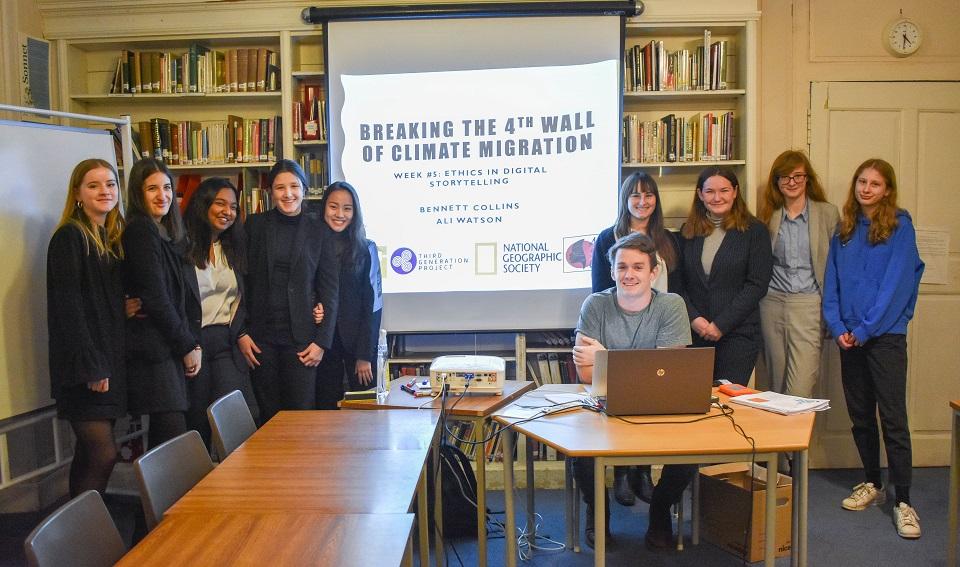 A group of Year 12 students at St Leonards have been amongst the first to become involved in a new think-tank launched by the School of International Relations at the University of St Andrews.

Led by Professor Ali Watson OBE, an expert in international relations at the University, and executive director and St Andrews PhD student Bennett Collins, along with Ethiopian human rights advocate Nyikaw Ochalla, documentarians Alice Rowsome and Sam Wolson, and journalist Yahye Xanas, from Somaliland, the initiative will see pupils from Scottish schools engage in a series of six workshops before creating their own digital stories to show how climate change affects everything from migration to food prices and disaster protection.

Following a CAS project event during Summer Term entitled 'Climate Change: The Burning Question', organised by Johanna Woitke, Peter Matthews, Kathryn Matthews and Sreeridhi Yemireddy (Year 13), at which Professor Watson was one of the speakers, St Leonards has become one of the first schools to take part.

Each week, the students have welcomed guest speakers and have been given the resources to discuss climate change as a human rights issue, rather than just an environmental one.

The next stage will see the group work together to create a digital story which accurately and respectfully represents the impact of climate change on communities in the Horn of Africa.