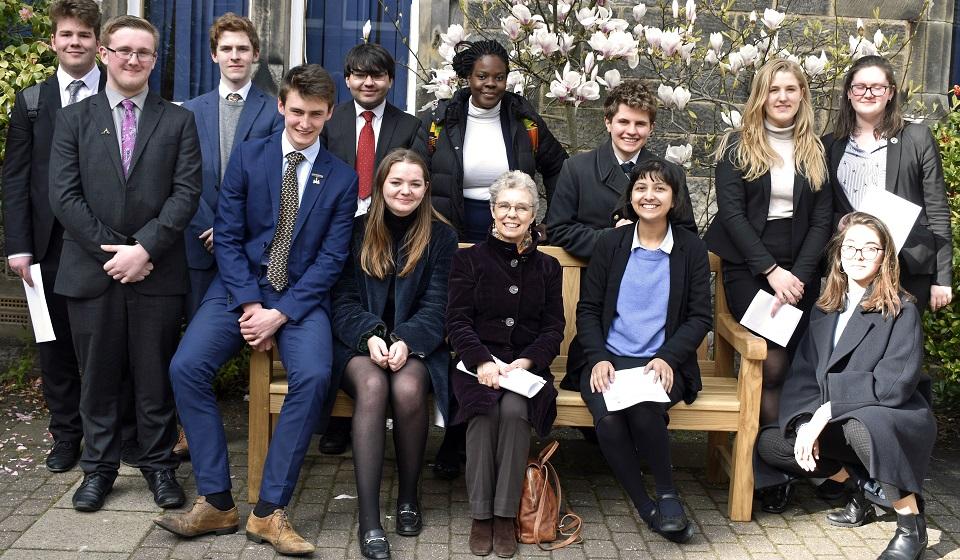 On Friday, 29 March, 15 of our IB Psychology students, along with their teacher, Dr Lin Maclean, attended the Annual Jeeves Lecture at the University of St Andrews, given by Professor Elizabeth Loftus (University of California, Irvine), entitled ‘The Fiction of Memory’.

For several decades, Professor Elizabeth Loftus’ research group has been busy tampering with people’s memories. Sometimes they change details of events that someone actually experienced. Other times they plant entire memories for events that never happened – ‘rich false memories’.

Time and again, they have found that people can be led to falsely believe that they had experiences, some of which would have been emotional or traumatic had they actually happened. False memories, like true ones, also have consequences for people, affecting later thoughts, intentions and behaviours.

Prof Loftus asked the audience: ‘If false memories can be so readily planted in the mind, do we need to think about ‘regulating’ this mind technology?’

The Buchanan Buildings Lecture Theatre was full to capacity with ‘town and gown’ attendees, who were impressed by Professor Loftus’ results from her experiments that showed just how unreliable memory can be.

Professor Malcolm Jeeves also attended this lecture, 50 years after he founded the department of Psychology at the University of St Andrews and became its first professor.