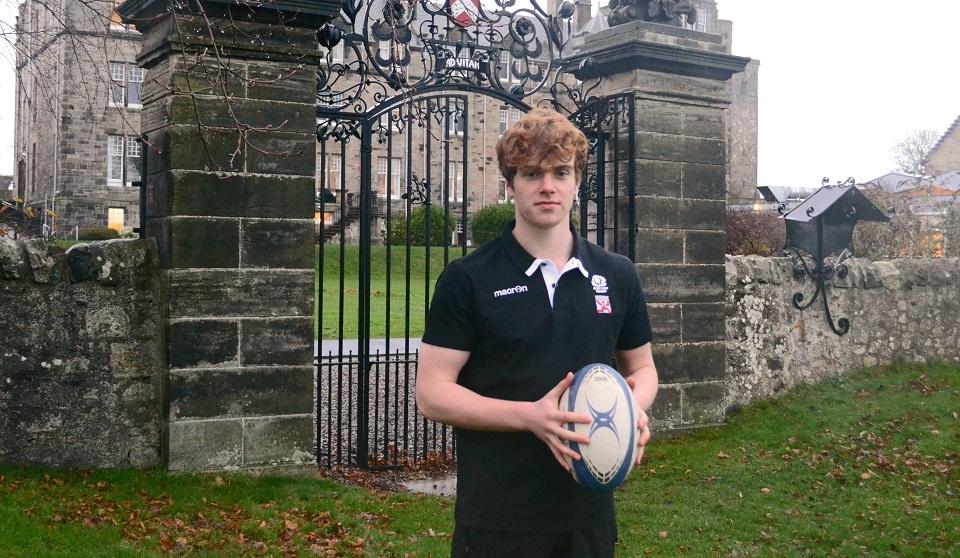 The signing means Harry (Year 13) will receive support from the SRU, including training, a bespoke nutrition programme and additional assistance with his university applications, looking ahead to next year, when Harry will graduate from the Sixth Form at St Leonards with the International Baccalaureate Diploma.

The SRU selects a set number of players each year based on their performances for the four Scottish regional teams. Harry plays for the Caledonia squad covering the east of Scotland, as well as the Scotland U16 and U17 teams, and more locally for the St Leonards-Madras Blues.

Former Scottish Rugby internationalist, and St Leonards-Madras Blues coach, Andrew Turnbull, said: “This exciting announcement is testament to Harry’s skill and dedication as a player. All at St Leonards are thrilled to hear the news of Harry’s SRU contract, and we look forward to seeing more great things from one of our top rugby students.”