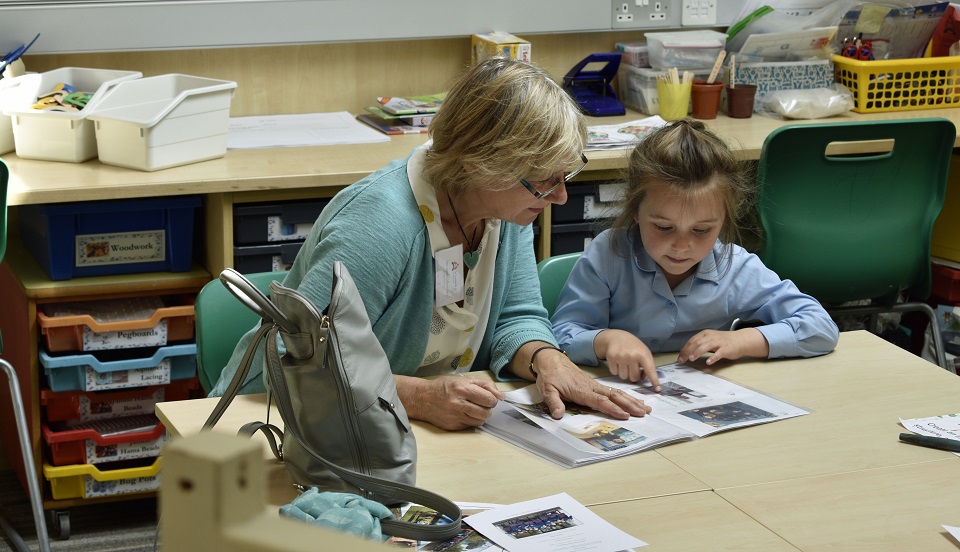 We were absolutely thrilled to welcome so many St Leonards families to the Junior School on Thursday, 17 May for our annual Grandparents’ and Relatives’ Day!

With the children in charge, their guests enjoyed tours of the school and grounds in the sunshine, before taking their seats for an Informal Concert in the Music School Auditorium.

Well done to all our performers who took to the stage with a terrific range of acts. Jennifer’s rendition of ‘You Are My Sunshine’ was particularly fitting for the wonderfully warm afternoon. She was followed by a piano performance from Eabha, a scene from ‘Blood Brothers’ by Paddy and Cameron, and Prelude, from Te Deum, on the viola, performed by Brendan.

Melissa performed ‘Doodling in Class’, Logan played the piano, and James played ‘London’s Burning’ on the descant recorder. Next up was Eva with ‘Skyfall’ on the piano, after which she was joined by Corinne for ‘Acting Class’. Bella played the descant recorder, and Eilidh, the violin, before Cara took her seat at the piano. Edward treated the audience to ‘Slinky Thing’ on the trumpet, Eliza played ‘Augustan Club Waltz’ on the cornet, and Angus rounded off proceedings with ‘The Merry Peasant’ on the piano.

A delicious afternoon tea in the CDR followed, with glossy strawberry tarts, scones filled with jam and cream, and an array of savoury sandwiches!

We hope that all our guests enjoyed the day as much as we did!