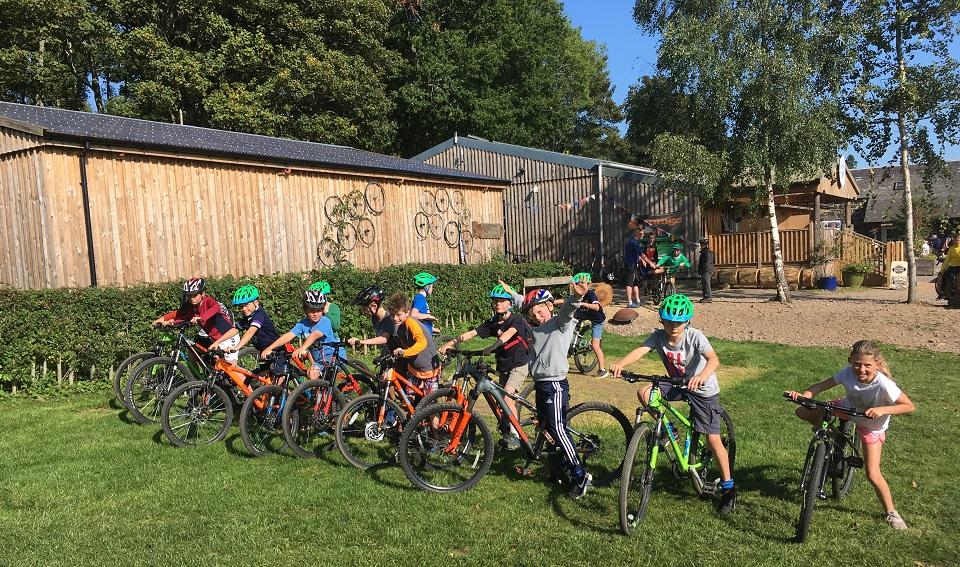 Another year and another successful Swallows and Amazons weekend at Comrie Croft! For three years now, our Comrie Croft visit has been graced with glorious weather - we couldn’t have been more fortunate to have warm nights and sunny days this late in September.

The Swallows and Amazons weekend is a favourite fixture in the calendar, and it is unique in that it is an opportunity for peers to bond across year groups. Another feature that adds to the appeal is just the sheer simplicity of it - there are activities planned, but also plenty of time for the children to play, explore the woods that flank the meadow where we camp or just to sit in groups around the fire. It is a time where the children are free from digital devices, and they are able to connect and enjoy each other’s company in a way that children often don’t get an opportunity now.

One element that was different from the previous visits was that this time, the children brought their own tents, and organised their own groups. This added a level of responsibility as they had to arrive knowing how to set up their tents and work with their tent team. It was wonderful to see the whole campsite come to life when we arrived.

The nights were crystal clear and despite a glow over the hills to the east, the sky above was dark and clear with the Milky Way arching above us. Ursa Major was the one constellation that was most recognisable. Several children, after they had retired to bed lay in their sleeping bags with their heads out the tent just to gaze up at the sky. Such was the sense of wonderment!

The next morning saw the Swallows and Amazons separate into their different activities. The Swallows went bush-crafting and the Amazons explored the trails and the different runs around the Croft. This year, the bush craft session was held in the woods above the camp in a birch forest. It was an ideal location to scout for edible berries and other plants, make shelters and practise starting fires.

The last evening consisted of a magnificent pasta bolognaise, ‘smores and hot chocolate. After a full day, the camp turned quiet far quicker than it did on the first night!

Sunday morning was a misty and early one as we had to break camp and get ready for our departure. The Swallows and Amazons all returned full of stories to tell and washing to be done.

A huge thank you to the teachers and families that made this trip possible.