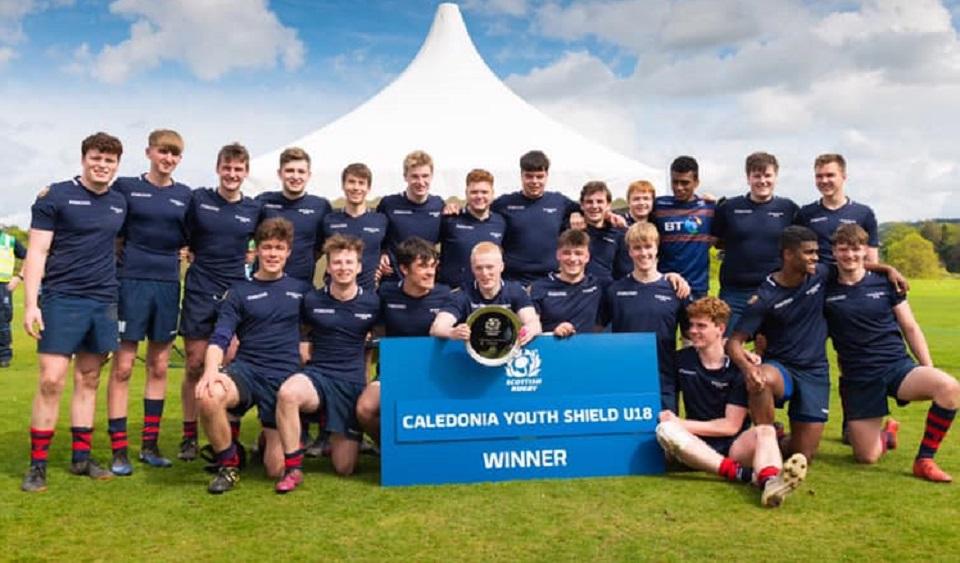 Congratulations to the St Leonards-Madras (SLM) Blues on their victory against Granite City in the Shield Final of the Caledonia Cup on Sunday, 28 April.

The team travelled to Perth for their season finale, lifting the Caledonian Shield at the end of the game. For some of the U18 boys, the match marked the end of up to 10 years playing rugby together, as some of the players leave school after the Summer Term exams.

The boys were determined to go out on a high, and that's exactly what they did. Both sides played their best rugby on the day, and the game flowed from end to end.

After a close first half, SLM cut loose; their running lines were superb, their offloads perfect and the set piece immense.

Scoring was high but SLM managed to keep their Granite City opponents at arm's length. As the game reached its closing stages, SLM started to edge away and went on to seal a terrific 55-26 victory.