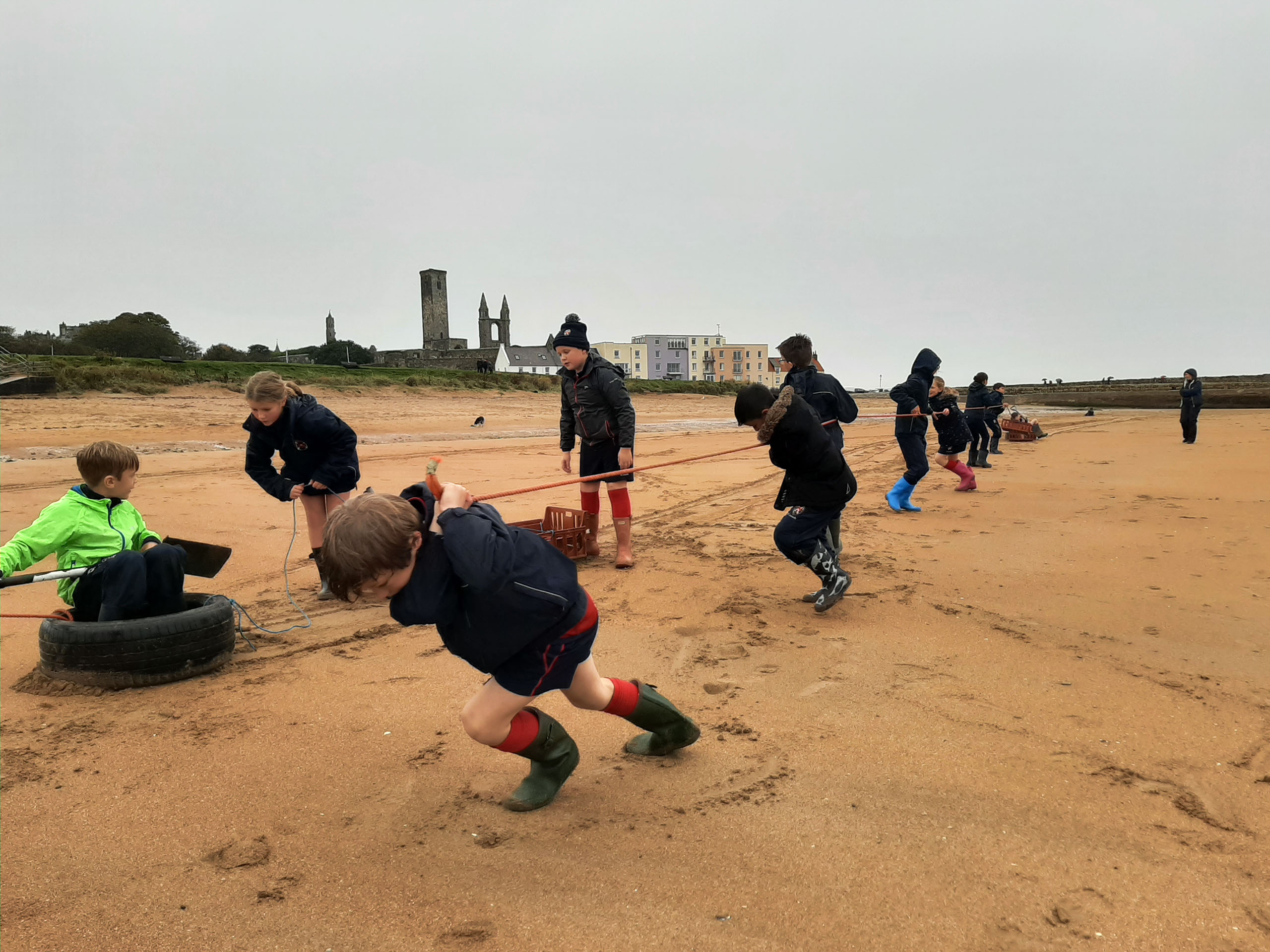 Last week, the Year 5 pupils started a new Unit of Inquiry focusing on explorers and how exploration leads to discoveries and new understandings about the world, and beyond.

As an introduction to the unit, the pupils headed down to the East Sands for Beach School and assumed the role of Arctic explorers. The pupils were told that they had arrived on the ice cap and needed to work together as a team to complete various challenges. The first challenge was a 300m sled pull, in which they had to use their problem-solving skills to think about how to pull their equipment (tyre, tarpaulin, poles, shovels, ropes, crates, and a bucket) to their base camp. The teams then moved on to complete a range of other tasks, including: building a shelter, climbing over obstacles, and lastly a 'surviving a rainstorm' in their shelters with the goal of keeping their Arctic rations (s'mores) dry! Although it was a rainy day, the pupils participated in the challenges with enthusiasm and demonstrated excellent teamwork skills!