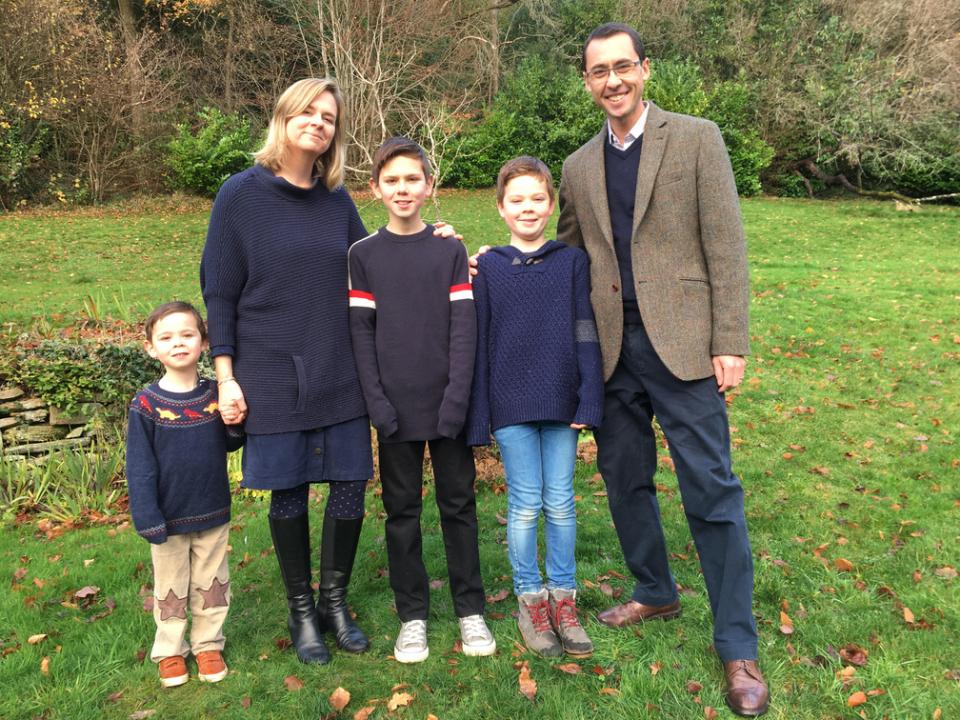 The Council of St Leonards School is delighted to announce the appointment of Mr Simon Brian as the new Head.

After 13 years of leadership and service at St Leonards, Dr Michael Carslaw will retire as Headmaster at the end of the Spring Term 2021. Dr Carslaw has led the school with vision, commitment, and understanding, and under his leadership St Leonards has established itself as one of the leading IB schools in the UK, delivering the inspiring curriculum from Year 1 through to Year 13. The school is the first in Scotland to offer all four IB programmes - the Primary Years Programme, the Middle Years Programme, the Career-related Programme, and the Diploma Programme.

However, St Leonards is more than curricular excellence, and those same skills and values that Dr Carslaw brought to bear on developing the IB have permeated every aspect of school life. A multi-million pound refurbishment of the three boarding houses continues; a highly successful golf programme has been introduced; the school roll is remarkably strong; academic achievement is first-class; public recognition of the school is incredibly positive; excellent teachers are attracted to work in the school, and more recently the school has restructured to recognise its wholehearted IB approach to teaching and learning. A milestone has now been reached and it is time for the school to embark on its next chapter.

The Council of St Leonards School is delighted to announce the appointment of Mr Simon Brian as the new Head. Simon is currently Deputy Head at Charterhouse in Surrey, one of England's leading independent boarding and day schools. Charterhouse is also an IB World School. This is his second Deputy Headship, as he previously held the role at Cheltenham College. Simon also sits on the Governing Board for Longacre Prep School in Guildford, with a particular focus on the Education and Welfare committees.

Growing up in England and Hong Kong, Simon was educated at Ripon Grammar School in North Yorkshire, before going on to read French and German (MA Hons) at the University of Edinburgh. Upon graduating, he taught in France and Austria, before qualifying as a teacher from the Institute of Education, in London. His teaching career began at Dulwich College, where he taught French and German. He then moved to Highgate School where he was Head of French, later becoming the Deputy Head (Academic) of Years 7 and 8. From there, Simon moved to Cheltenham College to lead the Modern Languages faculty, before being promoted to Director of Studies, and then taking on his first of two Deputy Head (Academic) positions.

Simon is married to Veronique, who is from Rouen, France, and they share a passion for languages and travel. They have brought up their three boys - Theo, Lucas, and Noah - in a bilingual French/English environment and are looking forward to joining the St Leonards community:

“This is such an exciting time to lead St Leonards into its future and I feel honoured to be appointed as Head from the coming academic year. I share the philosophy of education and the passion for the holistic development of children that Michael has so innovatively and successfully led over the last twelve years.

The strength of the School’s core values and its IB ethos, its commitment to the very best in pastoral care, and the enrichment provided by the School’s brilliant co-curricular programme are essential in nurturing young people, and in readying them for their next steps.

I will continue to build on the School’s academic ambition, its pioneering heritage and its warm home-from-home community to ensure that the future for all those at St Leonards remains bright and hugely aspirational. Veronique, the boys and I are all really looking forward to moving to St Andrews and becoming part of the welcoming school community.”

Simon will bring a wealth of knowledge and educational understanding to the role, and we look forward to welcoming him, and his family, to St Leonards in the very near future.