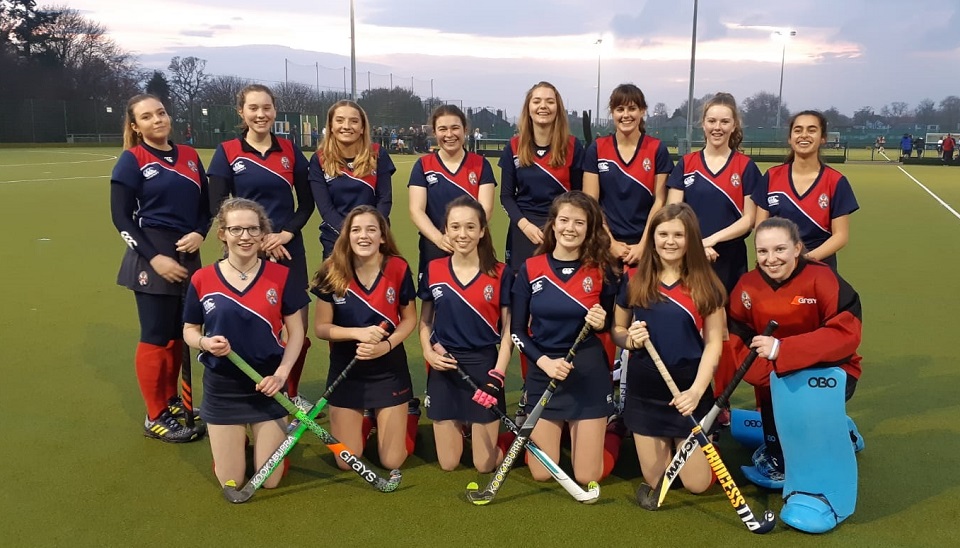 In their first match the girls took on Glenalmond. It was a close game, filled with end-to-end action. The St Leonards players broke the deadlock after 15 minutes with an excellent team goal, resulting in Ellen slotting the ball into an empty goal.

The last 5 minutes of the game were tense, and goalie Lauren made some amazing saves from numerous short corners. Eventually Glenalmond scored with a top-class reverse stick shot, which could not be saved.

A 1-1 draw was a great result, and the girls were delighted to get a point from their opening game.

The second match was always going to be a tougher encounter against a very strong side from Dollar Academy. The girls defended well but went down 2-0. It was another solid performance and the girls were able to implement a new game plan which they had been working on during training sessions in school.

The final match saw St Leonards take on the host team, High School of Dundee. Again our girls started well, putting the opposition defenders under enormous amounts of pressure which resulted in St Leonards going 1-0 up thanks to a great goal from Ellen. It was a fantastic steal and a very calm and collected finish. The girls played their best flowing hockey of the season but the High School took their chances and finished as eventual winners.

The 1st XI girls should be exceedingly proud of their attitude and work rate throughout the tournament, at the end of which Lauren was voted as ‘Player of the Tournament.

Well done to all.